Alan Turing (pictured) was a computer scientist, mathematician, logician, and creator of the Turing machine, which simulates computer algorithms. The Turing machine played a vital role in deciphering codes used during the Second World War, and therefore made Alan Turing one of the most important figures of WW2. 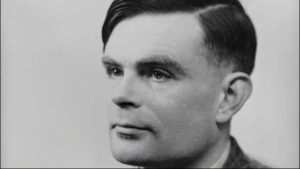 It’s for this reason that many people actually consider Alan Turing to be the greatest hero of WW2, and the “father” of modern day computing.

Today, Turing’s name lives on through the Turing Prize, which is the highest award that one can achieve in the field of computing.